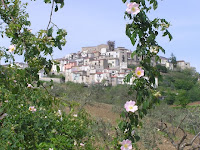 It’s Easter and notwithstanding personal feelings about organised religion it lends itself to a timely celebration of Spring with all its sense of renewal. The family is still happy to reunite around food, around the table and around Granny. Family.

Tilda Swinton talking about the making of a film about family: I Am Love, with Luca Guadagnino describes this about the film; the lonely journey and the relationship of love to loneliness, as:

‘…the last great taboo of modern western civilisation. Capitalism is built on the idea that one can go out and buy another scented candle and get less lonely somehow. But I think the deal is that you are fully lonely, and the sooner we accept and embrace our loneliness, the healthier we are. And that real love has nothing to do with that romantic idea of oneness, of distracting and healing each other from our loneliness; it’s about witnessing each other as individuals and saying: I’ll show you mine if you show me yours.’

As Swinton says, ‘finding any sense of individual identity is always rather challenging’. So while Guadagnino sees the idea of the energy matrix going through every family as a control issue (well, being Italian one can understand that!), Swinton calls it inheritance. Whatever the legacy, there will always be one. Even the abandoned child creates a parent.

In talking to R about family we get onto the subject of blank spaces in our backgrounds, blank spaces that emanate from cultural alienation, born from seismic historical shifts leading to pan-European migration. In describing the personal impact of these shifts it’s impossible for me to lose sight of the fact that much of mainland shared similar experiences during the last war.

And so we sat in comfortable surroundings listening to Granny tell us about her youth, when, as a teenager crossing Italian farmland on her way to ride her uncle’s horse, she was fired upon by a passing German aircraft. Being seventeen, young and naïve she had no idea what was happening until she later described the green leaves falling from the trees above her head as she ran through woods. She tripped and fell accidentally, the aircraft flew off. Needless to say her wild roaming was quickly curtailed as she received the wrath of her family’s fear. More than sixty years later she recalls how, in her youthful innocence, she said, ‘But why would they want to kill me I’m just a girl?’

Why indeed. Youngsters, who just want to have fun, maybe go garlic picking with their friends in the woods, a trip away from mundane village life, a lark in the woods. Why would anyone want to kill them?

Then R recounted his grandfather’s flight from as a seventeen year old boy entrusted with the care of his three younger siblings, the youngest of whom was only a toddler. To he came and set about finding work and raising his family. His parents did not survive the war.

Then there came the story of Mrs W, a woman I only knew as my parents’ friend. She had a number tattooed on her arm and her husband was so tenderly protective of her. She was a naïve teenager once, living on a Polish farm with her family the day soldiers came to take young people for forced labour in . How did she ever recover from the sight of her mother cleaving her two sisters to her side as she herself was pushed forward? The last words she heard her mother utter were ‘take this one’.

we ever know these people, our parents? Their separateness from us is so vast; it is created by them for what parent would want to pass the burden of such pain to their offspring? And yet they do. In every denial of their own painful experience they distance themselves from their own created selves. In every protective carapace they manufacture for us to wear against the world, they distance themselves from their own created selves. When they were young they didn’t know they could be victims that would experience the shock of isolation in a perilous world. But they thought they could stop it happening to their own offspring.

Our own children don’t tell us the things they know will hurt us but we know anyway, we sense their pain with a parent’s instinct. As we instinctively sensed our parents’ discord. But not knowing the nature of the injury our role is to stand by helplessly and wait until they feel whole enough to come to us. Maybe food surrogates for feelings, the physical manifestation that says, ‘I see your hurt and I cannot heal it, it is your labour alone but take this nourishment, it is all that can pass between us in safety right now.’