No need to stop the clocks, they mean nothing anymore

They call her Maria now

She dies the Liverpool way

As she paces through the night

Longing for the brightness that

Will tell her she has another day

She used to be Lucia

Within nationally and locally agreed guidelines

The richness of dark waves

Flapping against the sweet

Young sweat of her straight back

Favourite uncle has the horse ready

An assessment of the person’s needs

Frusting, stamping, hot in its saddle

Waiting for the virgin’s firm ass

Kicking, thrusting, laughing at the sun

Glorious in the toxic worship of life

What could hold her youthful joy?

An expected outcome or goal from having that care

And no thought at all

Clear information about care and who will deliver it

Beating at the earth’s door

I’ll be with you soon enough

But for now, I’ll ride

With strength and vigour

For it’s all before me

Posted by Primavera at 22:05 No comments: 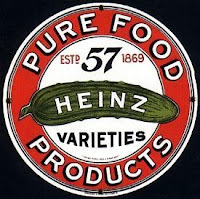 Booked tickets to see Made in Dagenham last Thursday evening for my friend and I. She, being given the all-clear with an 80% chance of surviving another ten years, was worth splashing out on I thought. Trouble is me, her daft friend, was seemingly unable to read the difference between 16:00 and 6.00pm so we arrived two hours late for the film.

But this chance mistake led to an even more pleasureable experience. As I explained to the smooth-skinned beauty at the cinema that she'd better get used to sorting out this type of mistake as, by 2029, 43% of us will be over 50, she smiled beautifically at me and I loved her for it.

We re-booked our tickets to Complicite's wonderous production of A Disappearing Number (the story of two love affairs separated by a century and a continent). An appropriate admonishment for my failure to read numbers correctly.

Numbers, numbers... and now my birthday, not five but five and seven, the mongrel age and how appropriate, which makes 12. A Disappearing Number covered convergent theory: the approach toward a definite value, a definite point, a common view or opinion, or toward a fixed or equilibrium state. Thank you Wiki! Mathematically, convergent theory covers the concept of infinity which, applied in various forumulae, consists of constantly coming closer to a number with each calculation but never actually reaching it.

Even more wonderously, there are many infinities and when you think about it, yes, there are. But who thinks about it? Anyway, there we are growing up so quickly, no ponies or two kinds of ice cream but I got the gifts I wanted so I thank those who love me and who remembered and who are part of the many calculations of my inifinity.

Actually, in my defence, I read the numbers but not the context. Maybe it was because I wanted the film to suit our timing because I really wanted to be there with her next to me, hair re-growing, fit and sparkling with life.

And because yesterday was my birthday (and it's my blog), I get to choose the music, and to waste precious minutes (nay, hours) cruising YouTube to find it! The first LP I ever bought was Hair and no-one I knew seemed to understand why I chose it but it felt like something I wanted a piece of.

Posted by Primavera at 11:20 No comments: