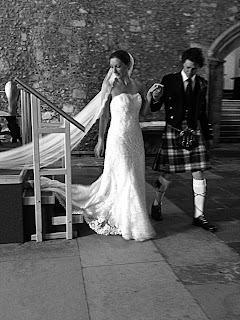 Posted by Primavera at 08:27 No comments:

Completely floored by Walter Benjamin, grasping at his fragments, fractures and 'the sensuous-concrete counts only as a phenomenal form of the abstract-general".  It is at moments like this that my intellectual incompetence innervates my consciousness and I retreat to visual imagery to find a way through the labyrinth.

Gustave Caillebotte's 1875 painting Les raboteurs de parquet which j'adore to the extent that I see a postcard of it every morning at my mirror.

Helpfully the Musee d'Orsay advises that this is one of the first representations of urban proletariat.  However the interpretation goes on to explain that these men are painted in an academic and traditional style:

Caillebotte had undergone a completely academic training, studying with Bonnat. The perspective, accentuated by the high angle shot and the alignment of floorboards complies with tradition. The artist drew one by one all the parts of his painting, according to the academic method, before reporting them using the square method on the canvas. The nude torsos of the planers are those of heroes of Antiquity, it would be unimaginable for Parisian workers of those times. But far from closeting himself in academic exercises, Caillebotte exploited their rigour in order to explore the contemporary universe in a completely new way.

Explore the contemporary universe in a completely new way, which is what Benjamin was doing but from a bourgeois perspective and there's the problem.  In everything I read I am attempting to manipulate what he wrote in the Arcades Project to some usefulness in a story of urban ordinariness.  Then I come upon this:


...the history of the urban proletariat has usually been written – under the sign of redemption, with the Party or the revolution or the “socialisation of the means of production” as always the Messiah who will give suffering a meaning, a destiny.

So down goes this anchor until I can make some sense of it.  And in the meantime, a little suburban proletariat's recent venture onto nineteenth-century parquet and other bourgeois floor coverings:

It's a long hard path from rural obscurity to this type of opulence and a longer, harder path to justify it as we sleepwalk towards another catastrophe.

I am finding, however, that the occasional visit has its rewards... as long as you don't bang your head on the ormolu headboard!

A little revolutionary zeal from Victor Hugo via another bourgeois activity, ah me but it's so stirring...

Posted by Primavera at 16:28 No comments: