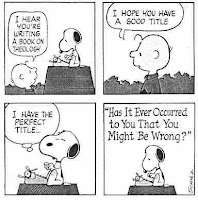 Realism or pessimism? There is a view that overly optimistic people are more prone to depression because they tend to over-estimate what they can do (leading to a more frequent sense of failure) than the pessimist who has learned to say 'no, I can't do that'. So how is that I can both over-estimate what can be done but am also dogged by a very realistic sense of my inadequacy to actually do it. Stuffed? No, not really, it just means I worry more about what I do, then get on and do it. Wouldn't life be great if all the energy spent worrying could be re-directed?
As I embark upon a course of study that relies on my need to intellectualise the daily phenomena of two people's lives, I have to realise that, what Lukacs calls, 'the clouds of mysticism which once surrounded the phenomena of literature with poetic colour and warmth and created an intimate and "interesting" atmosphere...' may be what I am trying to escape. But it's also something I need to harness to keep my reader's attention.
Furthermore, in attempting to work out an ethical position in my forthcoming creative endeavour, I have encountered a fairly simplistic binary: misery memoir -v- romance and have recoiled from both. That leaves me in limbo as to how to manage what I am about to undertake.
Hitherto my only anchorage has been Schiller's 1795 treatise: On Naive and Sentimental Poetry. Every now and then something like this comes along unexpectedly and speaks directly to a problem I have been struggling with. Although I don't recall the detail, its essence enabled me to continue more confidently, knowing that naivety - so often used as a pejorative - is a noble virtue and the pursuit of the ideal, which for me is the truth (as I see it) is far superior to mere sentimentality. Now where does romance sit along that spectrum?
Back to Lukacs then who throws another ethical lifeline when he talks about how much more genuine humanity '...attaches to the acceptance of truth with all its inexorable reality...'.
When he writes about the philosophical pessimism that existed between the last two world wars, so deeply rooted in the period's social conditions, and then says there is 'plenty of darkness around us now, he was writing from a post-WWII realistic perspective. So rock-on Tolstoy, today I am eastern European.
I've done a lot of southern European sentimentality in this blog; it's been so easy to find attractive pictures, write a little cameo, then whack in some morbidly sentimental musical accompaniment. And I've often been conscious of how contrived it all is, even to the point of rejecting a good recording if the accompanying video doesn't complement the tone of my text.
So Happy New Year from a slightly less-confused, liberal-humanist-realist with agnostic undertones who still believes in the perfectibility of humankind.
Now what music might go with that?
Posted by Primavera at 11:18 No comments:

I'll stay forever young if everyone else will.
Climbing out of a pit is easier to do when the sky is high as it is today but who wants to know about pits at this time of year? Surely here is a festival that gives us some respite, that allows a brief escape with colour, lights, food, drink, family, friends and kindness. Surely we can resist the worst, or at least harness it, for a brief period. Away with humbug then. Grown ups need joy as much as children.
The festival brought to me beautiful, healthy young people who were not embarrassed or ashamed by their desire to escape the family home. And equally, were not ashamed to love being here.
I watched them search their father's face and I saw their plans, thoughts and responsibilities flit behind their eyes. I saw a revision of their unpreparedness and I saw their maturity, love and individuality.
The festival also brought a single ticket to the Leonardo Da Vinci exhibition. Speechless.
Then on 10 March we see this beautiful woman with our friends who were also speechless when they received this Christmas gift. But first, we deal with 4 January.
Posted by Primavera at 09:58 No comments:

Today in the no where space

Where is the no where man?

The no woman where?

Where the no where space?

Except what is real

Posted by Primavera at 10:39 No comments:

Cancelled: Report Writing Workshop, 9.30 - 11.00am, Tuesday, 13 December.
Reason: Busy writing a report.
But first, tomorrow, Monday, 12 December, we say goodbye to Betty who danced so well and had beautiful blonde hair. Her advice to me:' always make sure your hair looks good from behind; you never know who's watching.
Laugh or cry?
music later ....
Posted by Primavera at 13:01 No comments:

Then there are good days

When the puppy sleeping before the fire has been walked to exhaustion, the music is mellow, the fridge is full and dinner has been decided. A dull December day melts away leaving little to fear on the immediate horizon . This time no long motorway journeys. Gloomy thoughts are put aside for dream fodder as the inexplicable joy of a session on Endnote beckons. Hmm, maybe a cup of tea and slice of Somerset apple cake at four o'clock. All's well.
Posted by Primavera at 15:24 No comments: