Taking a bend in the road

So it is intriguing then to remember one of my Polish father’s early interactions with the Italian language during the war when he was asking directions and was told to take the next bend (curva) in the road, which in Polish means whore, prostitute, slut or bitch (kurva). Ah me, so much in there to unpick.

The Poles have a lot of sex-related curse words, kurva being one used habitually by some in place of a comma or pause in a sentence. What mental existence then is being communicated in this linguistic recourse, what is being mediated? And what productive force does it contain? The prevalence of that word in the mind is interesting. Rhetorical musings about how the word got there and what it says about masculinity is redundant. It’s been said, and more ably.

But I have witnessed a present-day phenomenon on recent travels in Italy; the prevalence of female immigrants from the African continent who prostitute themselves (or are prostituted) in some quite incongruous settings. It is nothing these days to be travelling by car in the countryside surrounding cities such as Milan or Turin only to find in a bend in the road a prostitute sitting on a garden chair, lifting her skirts or just waiting. Oh the irony.

Posted by Primavera at 15:28 No comments:

Tightening in response as ghost rats run across my chest. Phoof, phoof, phoof they go, lighter than cats, heavier than mice. Yes, much heavier than mice. Ghost mice don't initiate tremorous hands and arms. Ghost rats do. Liquid legs, shoulders taught and the old familiar pain burning at the base of my neck as clavicles rear up to produce with depressing accuracy the hunched child waiting for the expected, unexpected blow. A plus and a minus always equal a minus, it's the rules. Suspense, wondering where, how it will fall this time. Tighter than the cooper's hoop, pectoralis minor gets to work as ligaments test their limits, resisting the historical bungee.
Keep running, keep running, keep running, keep running. One day there'll be enough distance, one day I'll outrun it. One day there'll be no judgement.
Posted by Primavera at 08:18 No comments: 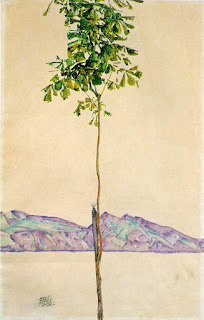 'I wonder now whether inner coldness and desolation may not be the pre-condition for making the world believe, by a kind of fraudulent showmanship, that one's own wretched heart is still aglow.'
W G Sebald Rings of Saturn
Posted by Primavera at 19:44 No comments: