Learning to say no (a work in progress)

Posted by Primavera at 13:12 No comments:

Act, suggests performance.  Performance suggests planning, some type of rehearsal. We all do perform our various roles but I don't believe a great deal of planning goes into some decisions.  However smart we might like to think we are, many decisions are based on instinctive feeling.  Like the day I decided that my, then, two young children should learn to change their own beds; a simple skill that would contribute greatly to their future well-being, and that of their partners.  So I set them to this, now noble, task by explaining that they'd need, to remove and replace the existing duvet cover.  Off they trotted to their respective bedrooms, clean covers tucked against their skinny ribs, full of excitement at this new challenge.

Some time later, passing my daughter's room I noticed a half-filled duvet cover wriggling with the internal energy of an enthusiastic eight year old.  'You ok Steph?' I called out.  'Yes,' a little voice answered from the folds of cloth, 'I think I'm getting the hang of it.'

It didn't matter that I'd forgotten to tell them how to do the job because both beds were eventually changed and they felt a sense of achievement for having done it.  They worked it out for themselves and they've been doing that ever since; mostly successfully and, thankfully, without major disaster.

Now I find myself in the company of another wonderful group of young people who, at the start of their independent lives, are working things out for themselves. Who am I to tell them how to do it? Some will climb inside the problem; others will grab corners from the outside and shake vigorously.  And some may decide the cover doesn't need changing. They'll get the hang of it and at least they have a choice.

They inspire strong emotions in me when I'm with them, maybe because they are so new in the world; getting the hang of it.  I think about teenagers whose parents don't/can't support them; those who face peril just fetching water; others who will never even grow to maturity let alone be educated.  Those who have starved, shivering in the cold of a Syrian winter; the list seems endless.  And there's those who, a few weeks ago had little to worry about except themselves and who now face the prospect of being invaded by a larger, stronger neighbour.  I've been asking myself what that must feel like.  My research instinct takes me to the 1930s when Poland faced months of anticipation prior to German and Russian invasion.  What is normal any more in circumstances like that?

The nature of my blogging is that it takes me to unintended places and, what started as a light-hearted introduction towards a poem has devolved to a darker place.  So enough now.  The sun is shining and there's a piece to be written about being in control...

Posted by Primavera at 12:21 No comments:

The speed of love 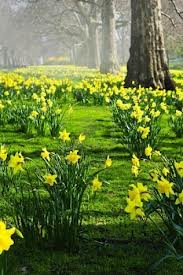 My dial-up was slow

Your twelve pages of love

From my printer
Posted by Primavera at 19:32 No comments: